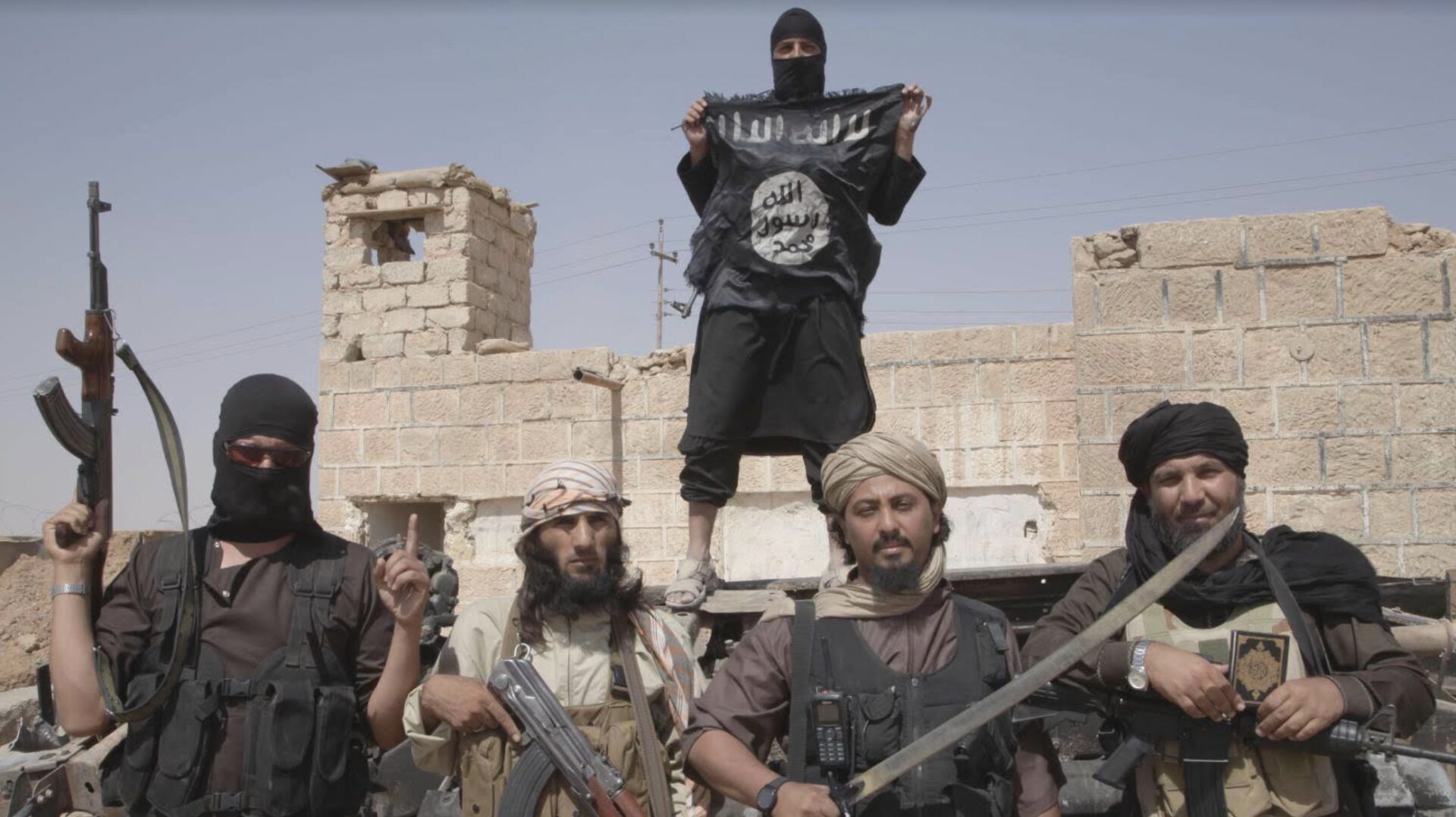 Daesh is one of the deadliest and most fanatical Salafi-jihadist terrorist groups in history. Despite losing massive swathes of territory as a result of an international military campaign against it, the group is still considered to pose a serious threat to the security and stability of several countries in West Asia, North Africa, sub-Saharan Africa, Central Asia and South-East Asia.

It is still seen as a major threat to the national security of many countries in West Asia, North Africa, sub-Saharan Africa, Central Asia and South-East Asia. In addition to its transnational aspirations to capture, hold and control territory and populations in the Muslim world, Daesh also calls on its lone-wolf followers living in non-Muslim countries to conduct terror attacks.

Since 2014, Daesh has been responsible for some of the worst terrorist atrocities in the Middle East and North Africa (MENA) region, including the Camp Speicher massacre in Iraq in June 2014 when the terrorist organization killed between 1,500-1,700 unarmed Iraqi air cadets. This attack is considered to be the second deadliest terror attack in history, after 9/11, and the deadliest attack carried out by Daesh.

Other significant Daesh operations include the Bardo museum attack in Tunisia in 2015 that left 22 dead and the downing of a Russian passenger flight from the Egyptian resort town of Sharm El Sheikh to St Petersburg shortly after take-off that led to the deaths of all 224 people on board.  In Europe, Daesh supporters and lone-wolf sympathizers carried out the Paris attacks in November 2015 that killed over 130 people, and the Bastille Day truck ramming in Nice a year later that left about 90 dead.

Al Zarqawi was killed in a Coalition airstrike in 2006, and in 2007 the US government significantly increased the number of troops in Iraq to combat the raging insurgencies and bolster Iraqi government forces. This increase in forces, known as the ‘Surge’ – in addition to the ‘Sahwa’ awakening that saw Sunni tribes fight alongside the Iraqi army and Coalition forces against AQI – resulted in the degradation of the organization’s military, financial and communications capabilities through to 2011. In that period, AQI – which was also known from 2007 onwards as the Islamic State of Iraq (ISI) – lost its credibility completely amongst Iraqis who had earlier supported the organization or turned a blind eye to its extremist tactics. From 2007, 90 per cent of the organization’s senior leaders were either killed or captured, and those remaining were no longer able to effectively communicate with Al Qaeda’s core leadership.

By 2011, the threat ISI posed to Iraq seemed to have been brought under control, but a combination of the withdrawal of foreign military forces later that year, a lack of effective governance in Sunni provinces and the relative weakness of Iraqi security forces breathed new life into the organization. Its new leader, Abu Bakr Al Baghdadi, began prioritizing prison breaks to swell the group’s ranks, and exploited anti-government sentiment to form alliances with battle-hardened former Baath party loyalists to further bolster the group’s capabilities. The beginning of the Syrian crisis was a defining moment for ISI. Al Baghdadi launched an incursion into Syria in 2013, exploiting the civil war that erupted in that country in the wake of popular uprisings across the region. It was during that time that Al Baghdadi renamed his organization Al Dawla Al Islamiya fi Al Iraq Wal Sham, known in English as Islamic State in Iraq and Syria. Henceforth, the group came to be known by its enemies as Daesh, its Arabic acronym but also a derogatory term that the terror organization found offensive.

The year 2015 was a golden one for Daesh as its forces stormed and captured northern Iraqi cities and oil fields, including Mosul – the second largest city in Iraq. At its peak, Daesh controlled 110,000 square kilometers across Syria and Iraq and attracted approximately 50,000 foreign fighters. It wasn’t until 2017 that a series of offensives by the organization’s numerous enemies, such as Iraqi Kurdish Peshmerga forces, Syrian Kurdish forces, Iraqi Shiite militias, Iraqi government forces, Syrian government forces and the US-led anti-Daesh global coalition eventually began turning the tide against Daesh in its Iraqi and Syrian heartlands from different directions and at different times. Daesh began to lose territory from 2017 onwards. However, to this day, it retains active sleeper cells across Iraq and Syria, particularly in the lawless border region between the two countries.

Despite its territorial defeat in Syria and Iraq, Daesh still maintains considerable capabilities to attack government and civilian targets in both countries. The organization has proved very resilient against enemies in Syria and Iraq. It retains the ability to carry out hit-and-run attacks in central Syria, particularly since most of its enemies are also opposed to each other, and do not coordinate their campaigns against the terrorist organization. But, in both countries, Daesh’s leadership currently remains very vulnerable, with successful regional and international attacks on its leadership becoming more common, such as the July 2022 US drone strike that killed Daesh’s leader in Syria, Maher Al Agal, and the August 2022 killing by Syrian government forces of Abu Salem Al Iraqi, Daesh’s military chief in southern Syria.

The remainder of the organization’s loose, fragmented and flat-structured leadership in Syria and Iraq is mainly providing broad guidance to a vast network of sleeper cells peppered across the borderlands between the two countries, and in small towns and villages surrounding the major cities Daesh controlled at the height of its power between 2014-2017. In its current state in Iraq and Syria, Daesh operates on two levels. First, a core of militants spread across both countries follows orders from the organization’s scattered leadership to carry out large-scale, complex attacks. Second, it still retains significant abilities to intimidate the public through brutal attacks and distribute funds across its leadership network in Iraq and Syria to finance its operations. Today, the Syrian Democratic Forces (SDF) and special counter-terrorism forces within the Iraqi military – both of whom are backed by aerial support from the US-led coalition – are the main actors involved in anti-Daesh operations in Syria and Iraq, respectively.

In recent years, the presence and capabilities of Daesh have ballooned in other parts of the world. Its ability to launch terror attacks in Syria and Iraq and maintain influence in its former core geography is dwarfed by its current presence in sub-Saharan Africa and Central Asia – notably Afghanistan. Africa, in particular, is seen as the potential location of Daesh’s re-emergence, and the most likely place where the organization could occupy towns, cities and villages from which it could launch attacks.

Since 2014, six-to-eight different ‘provinces’ and affiliates in Africa pledged ‘Bay’ah’ – allegiance – to Daesh, including in Egypt, Algeria, Nigeria, Chad, the Democratic Republic of Congo (DRC) and Mozambique. These local affiliates still operate in those countries, but Daesh-Sinai Province – the terror group’s Egyptian chapter – has been significantly degraded in recent years. Daesh’s most important African affiliate is Daesh-West Africa Province (ISWAP), which split from Boko Haram and is currently active in Chad, Niger, Nigeria and Cameroon. Another Daesh affiliate in Africa is Daesh-Central Africa Province (ISCAP), which operates primarily in the DRC and Mozambique. In Afghanistan, Daesh-Khorasan Province (Daesh-KP) rose to prominence following the US withdrawal in August 2021. Daesh-KP is currently fighting against the Taliban, and has been responsible for a number of large-scale attacks in Afghanistan since the American withdrawal.

Daesh is a transnational Salafi-jihadist terror organization, with a similar religious doctrine to that of Al Qaeda, to which it traces its roots. One of the fundamental pillars of Daesh’s doctrine is the concept of takfirism – the Arabic term for disbelief in God. While Al Qaeda regularly branded its non-Muslim enemies as ‘infidels’ – from the Soviets, through to the US-led coalition in Afghanistan and Iraq and even non-Sunni Muslim governments such as that of Bashar Al Assad in Syria – Daesh used its takfirist ideology against anyone who opposed the organization. This included all Sunnis who do not recognize it, regardless of whether those Sunnis are religious or non-religious; whether they are Salafi or other Sunni scholars across the world, and even other armed Sunni jihadist groups, such as Al Qaeda. Only Sunni Muslims who accept the group and pledge allegiance to it are considered to be believing Muslims by Daesh. All other Sunni Muslims have, in the past, been branded and targeted as non-believers, making them the biggest victims of Daesh’s crimes since the terror organization was established. Daesh has thus branded all those who do not pledge allegiance to it – a political act in essence – as enemies of Islam, and thus kuffar or ‘infidels’.

The second, and most important aspect of Daesh’s doctrine, is the establishment of a Caliphate – a Muslim superstate with no defined borders. Since the terror organization has openly stated its hostility towards all countries, toppling governments and occupying population centers remains its core aim, regardless of where it operates, whether it is the Arab World, sub-Saharan Africa or Central/South Asia. When Daesh has lost control of territory, it has shifted its strategy to insurgency and mass-casualty terror attacks against the state in which it operates. Following the loss of its territory in Iraq and Syria, the group re-implemented conventional terrorist strategies, such as targeted assassinations, bombings, ambushes and raids against civilian and military targets across the two countries. This strategy is also being followed currently by its affiliates in Afghanistan and sub-Saharan Africa.

In the years following its establishment in 2013, particularly after it took control of about 40 per cent of Iraqi territory and large swathes of Syria, Daesh was able to make money through looting, kidnapping for ransom, human trafficking and the levying of taxes and fees on the approximately 11 million people living under its rule. ​​In addition, funds confiscated from occupied territories, natural resources, particularly oil, and criminal activities generated an estimated $2 billion for Daesh by the end of 2014. At that time, the estimated value of the output from the oil fields and refineries under Daesh’s control in Iraq and Syria was $1 million to $2 million a day, making it the world’s wealthiest terrorist group.

With the loss of territory, access to oil revenues and the ability to forcibly tax local populations in areas it once occupied, Daesh gradually began losing its main sources of income for sustaining its proto-state. Prior to its onslaught across Iraq and Syria, it was able to obtain donations from certain individuals who were sympathetic to its cause and who had a history of financing terrorism. Although less so than before, the organization still maintains the ability to solicit donations through social media, and with the advent of digital currencies, through anonymous donations of cryptocurrencies.

In the months and years to come, it is very unlikely Daesh will recover the territory it lost in Iraq and Syria – the two countries were the terror organization first established itself. What is most likely to occur in Iraq and Syria is a continuation of opportunistic terror attacks by Daesh against government and civilian targets in the Syrian Badia (desert) and north-western Iraq – the areas where it currently maintains a strong network of sleeper cells. Local forces working at cross purposes are unlikely to unite to completely defeat the remnants of Daesh in both countries, unless they find it to be in their political interest.

Outside this region, Daesh will most likely seek to consolidate its gains in parts of sub-Saharan Africa where it is strongest, and in future, its Afghan affiliate, Daesh Khorasan, will continue with its attempts to disrupt Taliban rule through major terror strikes against targets such as mosques and against minority communities. Beyond its various affiliates, known as ‘Wilayat’ in Arabic (meaning states or provinces), the terror organization will also continue to inspire and claim responsibility for lone-wolf attacks across the world. 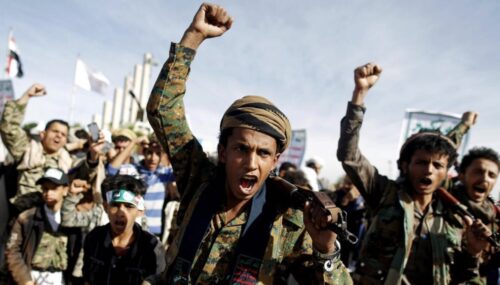 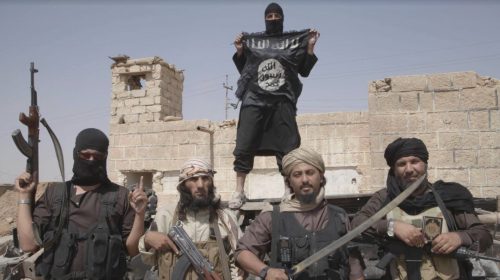